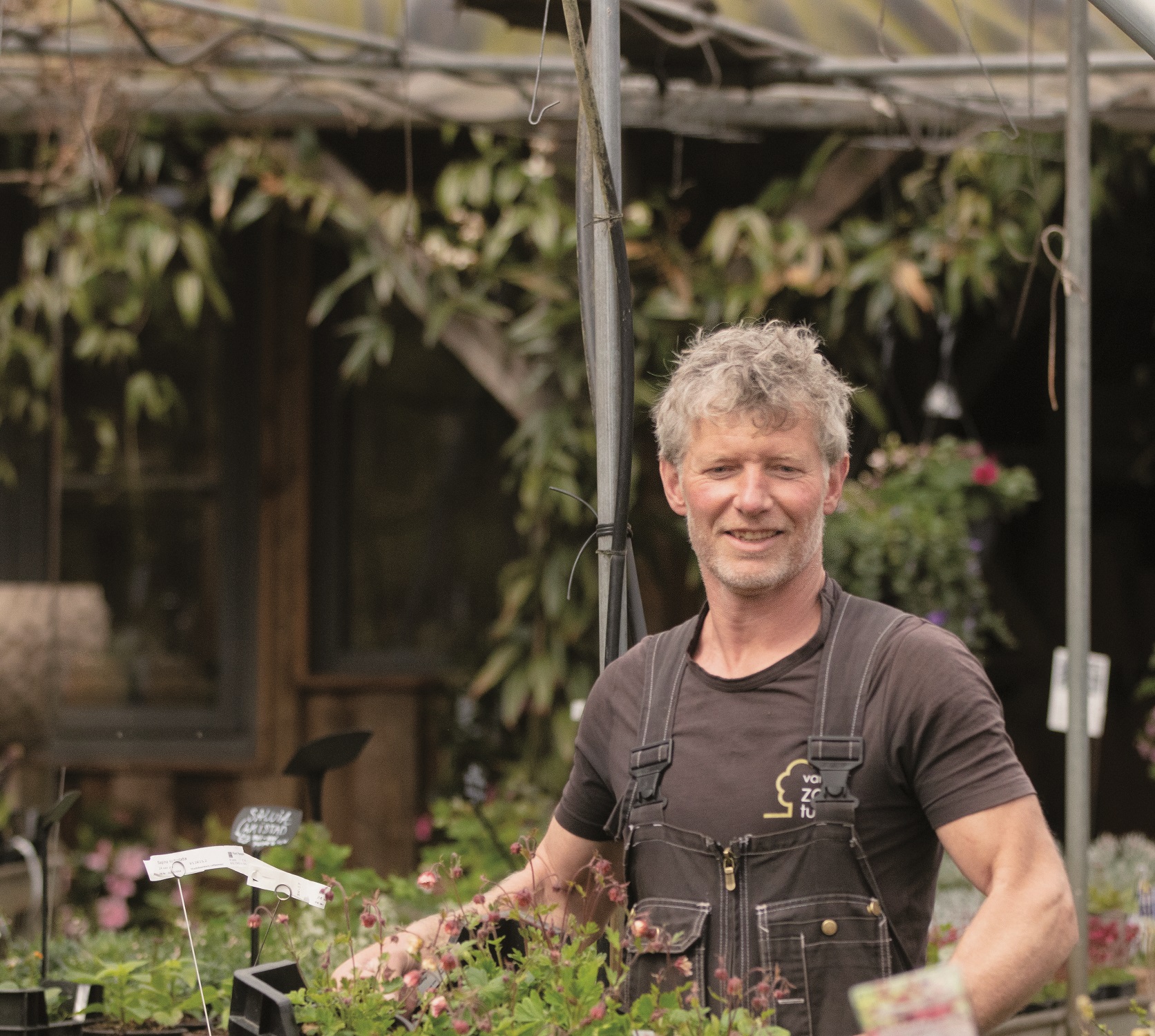 Landscaper Herbert van der Zalm (49) and the head of the Plantion Green Centre, Paul Heijmink (58), have a lot in common: they both love everything that grows and blooms. “While I’m talking, I often suddenly see something special about a plant in the background. I’m constantly engaged in my profession”, says Van der Zalm. “Haha, I’m the same,” Heijmink replies.

It’s no surprise then that the two have hit it off so well. They’ve known each other since the days of Veiling Vleuten in Utrecht and never stop talking about their job. “We’re always sharing ideas when we meet up here,” says landscaper Van der Zalm, also co-owner of the Stadskwekerij in Zaltbommel. “And it’s not just business – we also have a personal connection,” adds Paul Heijmink. “A lot of growers and customers come to the green centre. Thanks to my photographic memory, I know them all and know what they want. My colleagues, too, remember almost everything, sometimes even down to the smallest details. Nevertheless, Paul really hit it off with Herbert. “I’ve even gone sailing with him in De Biesbosch National Park on a few occasions. You don’t do that with just anyone.”

Van der Zalm has been working in his own business as a landscaper since 2000, taking over the Stadskwekerij in Zaltbommel eleven years later. “I’ve lost my heart to the nursery, since it’s such a beautiful place with history and feeling. It’s important to me that you feel good in a particular place. Many people also tell me that they like it here, so it’s a perfect example of being happy in green.” Although the landscaper from Almkerk has been in the business for many years, he still learns new stuff on a daily basis. “I’m always on the lookout for something new and I love rarities. That’s what’s so nice about my dealings with Paul. He has the same curiosity.” However, both Heijmink and Van der Zalm have had to get used to the pressure that Covid entails. “The last few months have been really crazy,” says the head of the Green Centre. “There’s so much demand from a market that has somehow become so overstretched that your life simply isn’t your own anymore and where you find yourself, at times, getting pulled in many different directions at once.”

Van der Zalm experiences this too. “All of a sudden, everyone wants everything in the garden. We employ seven people at our landscaping company and can barely cope. Of course, this huge demand increases turnover, but I still hope that things will return to normal. But will that happen? Perhaps people will retain this focus on their gardens. I don’t know, just as you have to wait and see whether we might start working from home more in the future and whether the hustle and bustle around nature has been temporary.” Both are nevertheless delighted with the new generation’s growing interest in nature. “Wow, I guess,” says Herbert van der Zalm. “Today’s young people are much more back-to-nature and are sensitive to biodiversity. That gives hope for the future.” He, too, likes to anticipate a more sustainable approach to nature. “I’m a great advocate of planting trees for CO2 storage and for shade – we need it.”

The two also come together in this respect. Heijmink: “In public areas, I see municipalities returning to beautiful plants instead of grass. Which is a good thing. It makes people feel good and it also inspires them to do something similar themselves. Van der Zalm nods in agreement. “I’m an emotional person, so I think a green environment is important. That’s why I went into this profession in the first place. Not to get rich, because you don’t get rich surrounded by green. But if I’m allowed to work in it, I’m already rich.”