Delightful flowers for people and insects 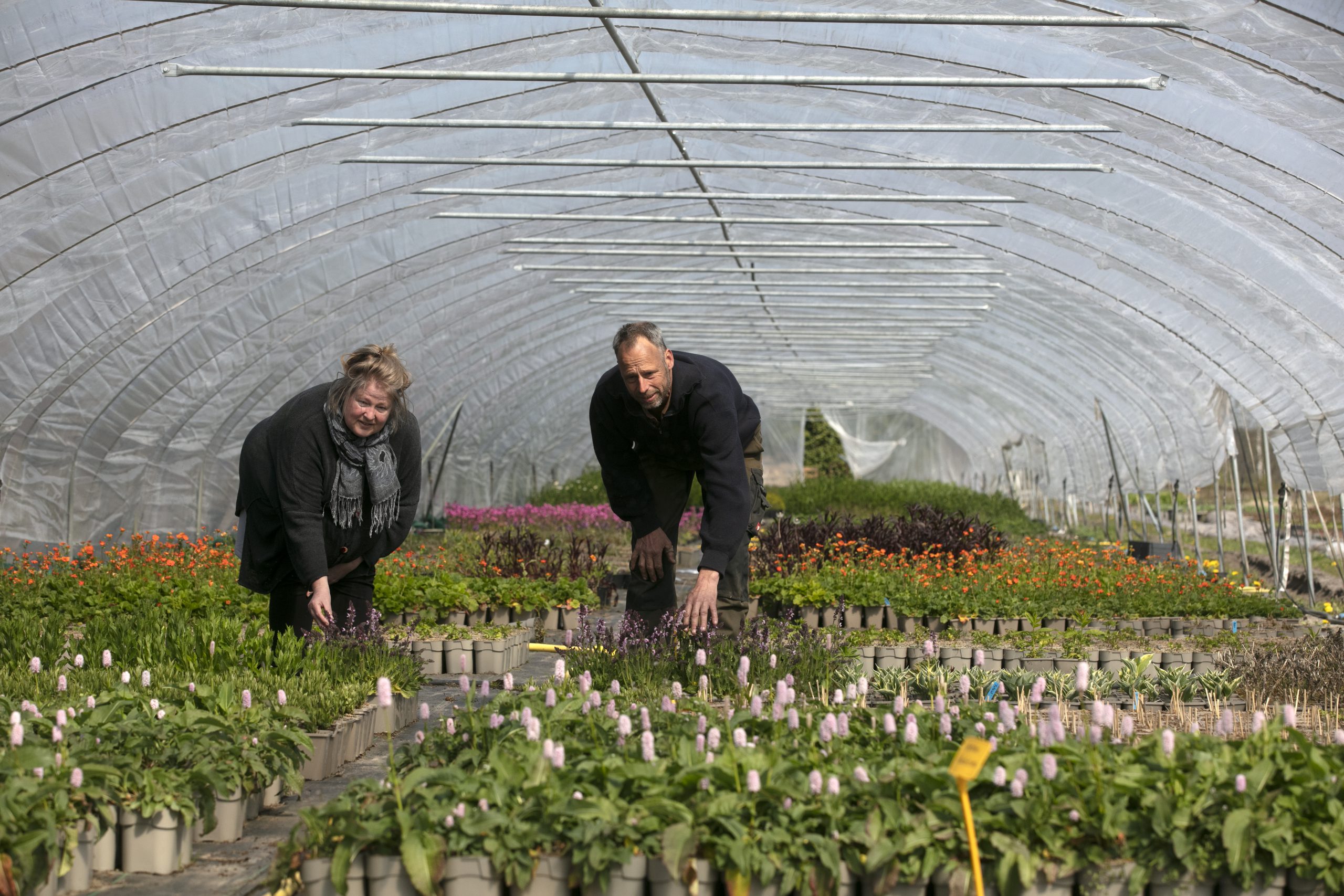 This is the remarkable story of Marion Nijhof and Casper Verhoeven, who know EVERYTHING there is to know about organic farming and the best possible way of working together with nature. Their perennial edible plants are beautiful, tasty and… profitable – both for nature and your wallet! “We’re selling our products like hot cakes.”

Thirty years ago, Marion Nijhof couldn’t tell a tulip from a rose. Now, together with her husband Casper and son Jorrit, she blazes a trail in the organic farming of native perennials ‘with an edible aspect’, such as viper’s bugloss, wild marjoram or the leaves of garden speedwell. On a yearly basis, Tasty Blooms trades approximately half a million edible plants through the intermediation of Plantion, with the vast majority of these being sold online through channels such as Bakker.com, Sprinklr.co, Natural Bulbs, as well as in visual shops such as Intratuin and at the Hortus Botanicus in Amsterdam.

The couple’s nursery is located in the Brabant village of Biezenmortel, which lies on the edge of the Loonse en Drunense Duinen National Park, with Tasty Blooms operating without the use of artificial fertiliser and pesticides. “We first grew boxwood, using pesticides for this. However, after the birth of our son, we became aware of the nastiness of all that stuff. So, on days when there was spraying, I would always make sure to be off somewhere else with our son, and when out walking with him in the vicinity, I would see all kinds of flowers and hear insects buzzing. Then I would think of our farm, where everything was in perfect order, with no weeds – but also no insects or butterflies and so on. This couldn’t be right, I thought, so we started looking at ways of doing things differently. Armed with this strong, inner feeling, we began pioneering.”

The soil, which had to be “organically balanced” was the first thing that they turned their attention to. Marion: “Nobody tells you how, so we just started trying things out on a few square metres of land with potting soil to which we had added certain fungi and bacteria, and, next to it, a section with a different composition. Through trial and error, we eventually discovered a formula for potting soil that works well, and that also doesn’t kill the good bugs in the soil.

After three years, the boxwood trees, which the couple were still growing at the time, looked so vibrant that even the notorious boxwood moth could barely get to grips with them. “Fellow growers would come by to have a look: they were convinced that we had to have the moth as well. However, the leaves of our boxwood were so hard that the moth thought better of piercing them.” Nevertheless, sales fell due to a spectacular drop in market demand for boxwood. Marion and Casper then started looking for alternatives: after all, there had to be bread on the table. “I like to make something out of nothing. So I thought: how can you make more of the basic plant you buy at Intratuin? In addition, people were gradually learning that lots of flowers and leaves can also be used for culinary purposes, with these flowers often just growing in your garden. However, you obviously shouldn’t be putting stuff that has been sprayed in your mouth, which is why we decided to make the move to organic, perennial and edible plants. Did you know that all Salvia are edible?”

In the meantime, Tasty Blooms has reserved a large part of its land for nature development, which is in tune with the nursery’s philosophy of working together with nature. “We don’t just adapt the plants to our own clock – we focus on what the plant needs.” This concept is catching on, as, according to Marion, Tasty Blooms is experiencing high demand for their edible plants. “Everyone wins with this way of doing things. Firstly, by being able to admire the plants in your garden and seeing how many insects are attracted to them. And, secondly, by using them in a salad, cake, or drink etc. Our plants are an essential food source for people and insects.”