NieuwsHelping the florist stand out from the rest creatively
August 6, 2021

Helping the florist stand out from the rest creatively 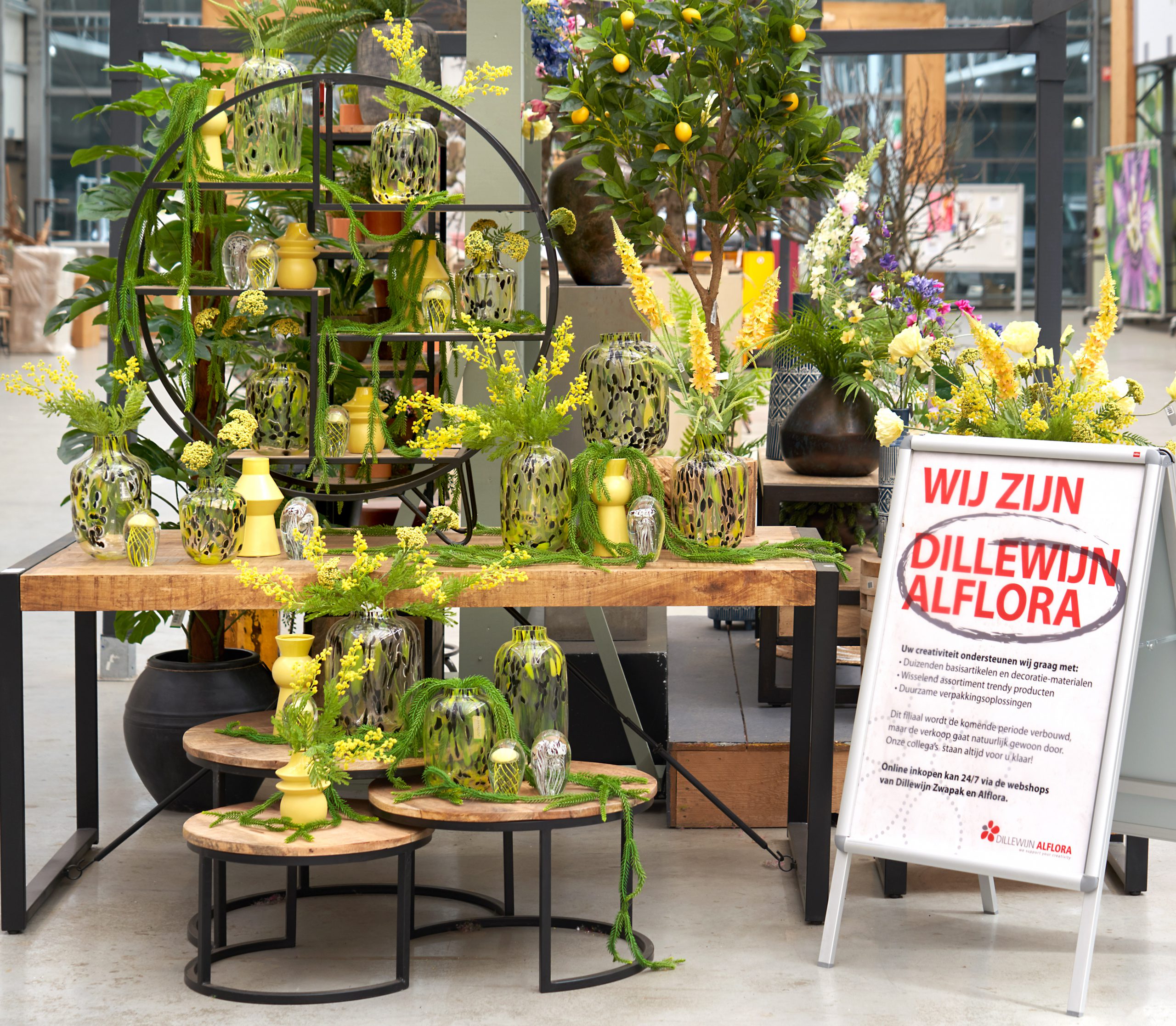 At the end of last year, the acquisition of Alflora by Van Dillewijn Group was announced. With a clear mission, commercial manager Theo van Mullem currently has the task at hand of reshaping the new Dillewijn Alflora company in the Plantion Wholesale Centre and at eight other locations: “Helping the florist to creatively stand out from the rest with packaging materials and florist’s items.”

The task of creating a new organisation is undoubtedly in good hands with Theo van Mullem. His father was there for the birth of Alflora back in the 1960s. At the time, Van Mullem senior worked at Coöperatief Tuinbouwcentrum Lent. Among his customers, he also saw a need for beautiful flower pots, vases and planters. Theo: “What started in his attic room grew into the Potteriehal, which later became Alflora. While his father rose to become general manager at Alflora, Theo studied in Wageningen and gained his initial work experience. Coincidence or not, in 1996 he joined Alflora to become manager of the branch in Apeldoorn. Apparently, the apple doesn’t fall far from the tree in the Van Mullem family! After Apeldoorn, he held various commercial positions in the organisation, and now he has been asked to pave the way for the new Dillewijn Alflora.

For a while, it looked like Alflora would continue as an independent label, but, in the end, the decision was made to integrate. Theo: “The respective customer groups of Dillewijn Zwapak and Alflora are similar. After all, they share the need to stand out  from the service stations and Actions of this world. As Dillewijn Alflora, we can help them do this better than either of us separately, as scaling up gives us a stronger purchasing position worldwide. As a result, we can serve florists in the Netherlands and internationally all year round with varying contemporary collections, packaging materials and sustainable solutions.”

All Dillewijn Alflora branches have been – or are still being – restyled to meet the new shop formula. As has Ede, where the new name can already be seen above the branch, which a number of customers will need time to get used to. Theo: “Traditionally, there have been a number of specific ‘Alflora customers’, just like there are actual ‘Dillewijn customers’. This is usually due to the personal contact with an employee. We believe it is important to maintain customer relationships. That’s why we’re going to be working with mixed teams, so that a florist can retain his/her regular point of contact. However, I’m sure that everyone will soon feel at home at Dillewijn Alflora.”

According to Theo, Dillewijn Alflora will continue to seek cooperation with the other companies in the wholesale centre. “It’s about keeping the marketplace attractive for the florist, and we have to work on this together. We would also like to work more closely with Plantion, because many Auction buyers are also customers of the wholesale centre and vice versa. Ultimately, we all have the same goal: to serve the florist as best as possible and to encourage consumers to go to the local florist.”